Use the famous Oak Island cipher to send an encrypted email! 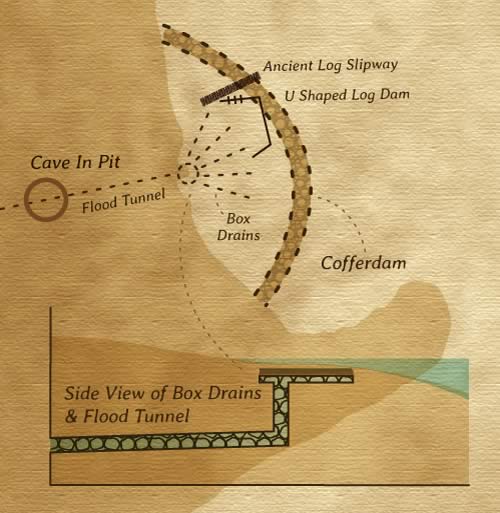 Oak Island's "security system" is water and what many searchers have discovered, to their great frustration, is that it is very difficult to bail out the ocean. The architects of the Money Pit devised a trap whereby when a certain depth in the pit was reached an air-lock was breached. This allowed a flood tunnel system to deliver a steady source of water and fill the pit to tide level.

Some people when hearing that water entered the Money Pit say "but of course" i.e. dig any hole in the ground and at a certain depth water will be encountered just as with digging a well. But the water in the Pit was seawater, not groundwater, and there had been many other shafts dug in the vicinity of the Money Pit to greater depths without encountering any water.

Once the early searchers discerned that it was salt water they were dealing with they set about to uncover its source. This led them to Smith's Cover where a number of very important discoveries were subsequently made and the understanding of the scope and effort by the creators of the Money Pit began to broaden.

Examining Smith's Cove the searchers noticed that as the tide withdrew, water was seen escaping from the shoreline at various locations. As they dug to ascertain the reason they soon revealed a well engineered system of box drains with a manmade filter comprised of a layer of fibre (like that found in the Pit and deemed to be coconut fibre), eel grass, and beach stones. Below this was five "box drains" made from flat stones with flat stones on top. They were in a fan shape and converged to a common point near the high water mark. The whole undertaking designed to provide a way to keep the supply of water to the Pit from becoming clogged. It was a very simple, yet highly effective, solution. In fact, it was recorded that tons of this fibre was removed and stacked on the beach as one would with stacks of hay!

From this network of box drains it was subsequently learned that a deep underground tunnel was dug for a distance of some 460' from the drain sump at Smith's Cove to the 111' level in the pit at an approximate 22.5 degree incline. The shaft was 2'6" wide by 4' high which has great resemblance to historical Cornish mines "old men's" crosscuts which were often 2'4" wide by 4' high. Once completed, the tunnels were back-filled with round rocks and beach stones, presumably to prevent collapse of the shaft which would choke the flow of water. A second flood tunnel is also suspected, but yet unproven, leading from the South Shore Cove to an even lower level in the Money Pit.

There were several times over the many years of investigation when clay and dyes were used to definitively prove the connection between the sea and the Money Pit.

Next… A timeline of searchers

Use the famous Oak Island cipher to send an encrypted email! 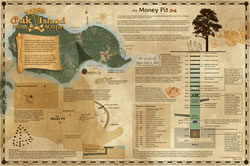 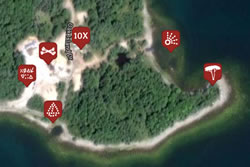 Check out our new shop of Oak Island inspired T-shirts and merchandise!